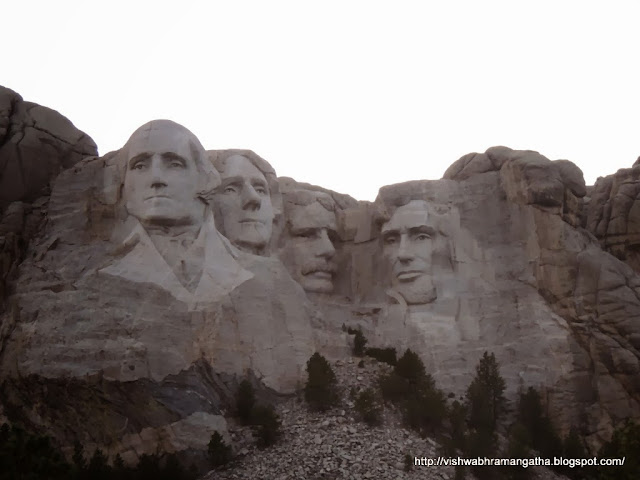 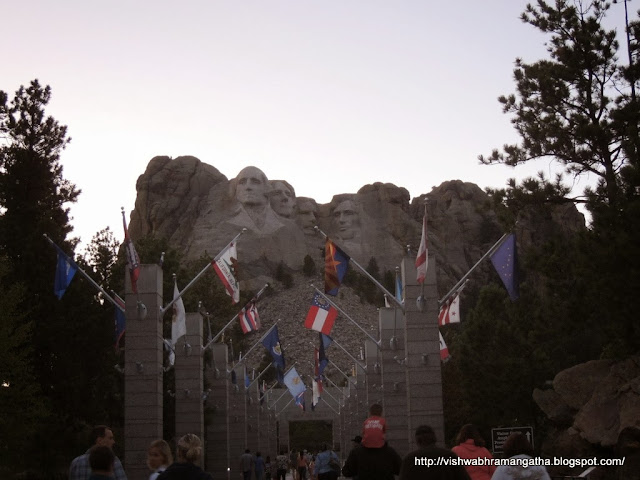 A walkway with all the states' flags leading to the amphitheater... 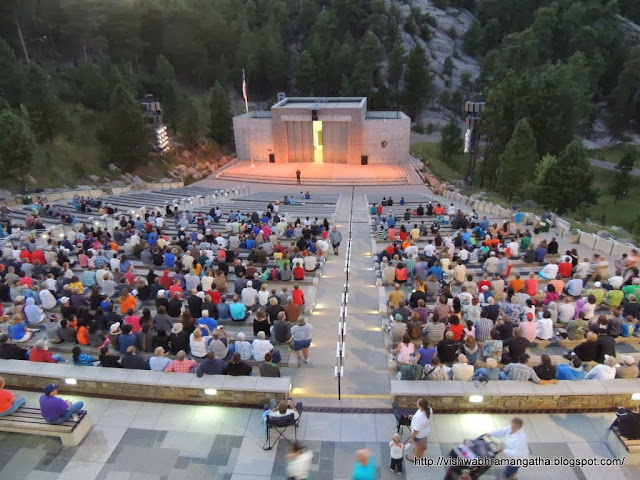 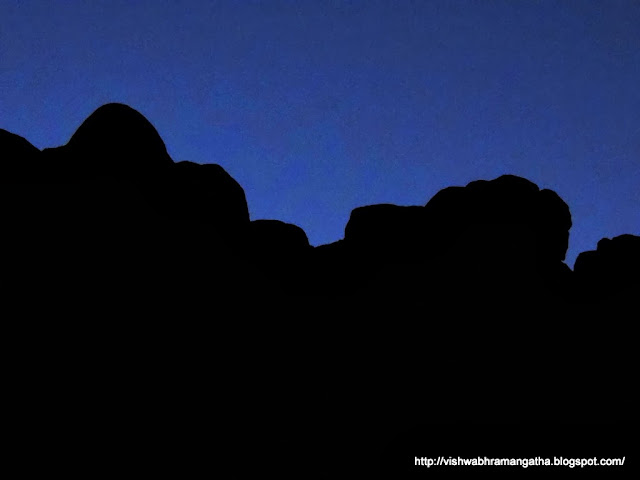 A silhouette of Mount Rushmore. 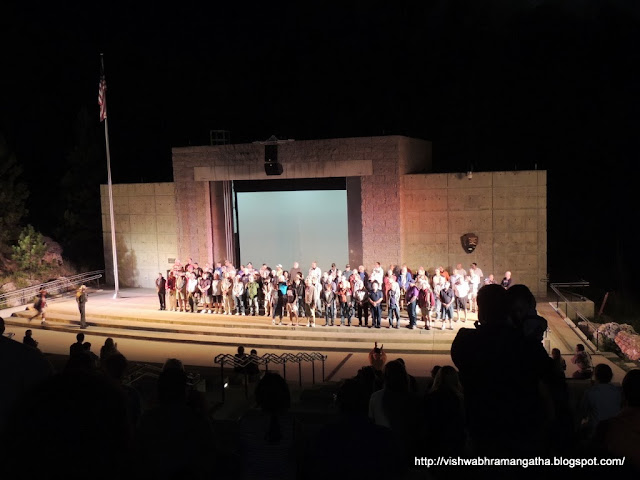 A ceremony of recognition for veterans and armed forces service personnel. 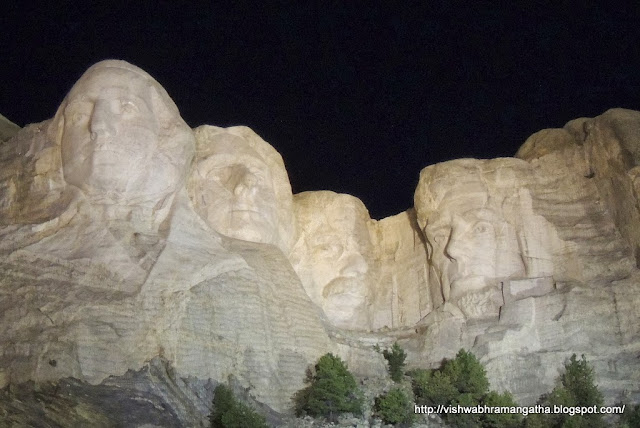 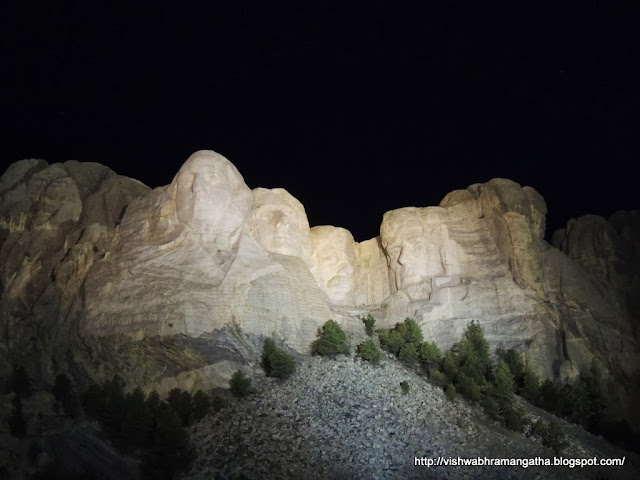 Mount Rushmore at night.
Posted by Vijay Barve at 9:30 PM